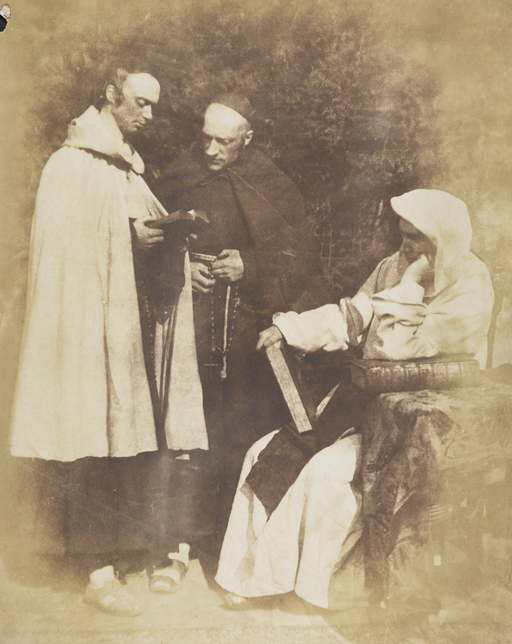 William Borthwick Johnstone, William Leighton Leitch and David Scott as 'The Monks of Kennaquhair' from Sir Walter Scott's 'The Abbot' 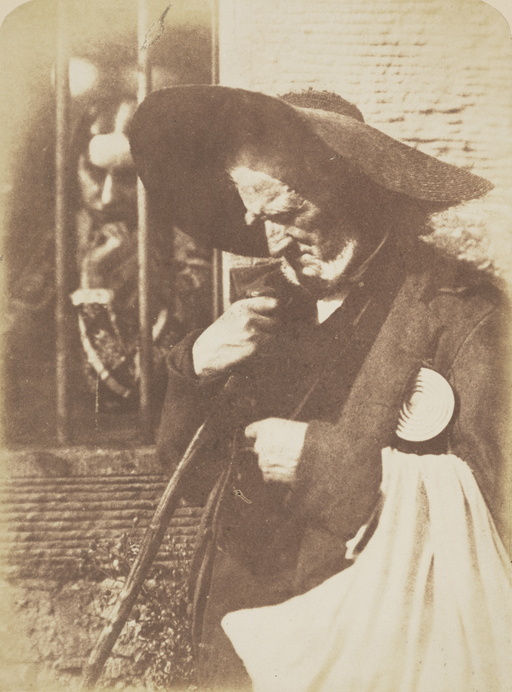 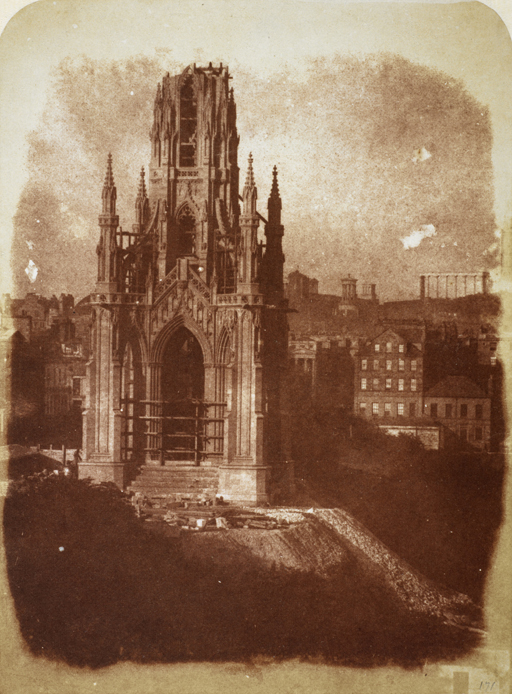 The Scott Monument under construction 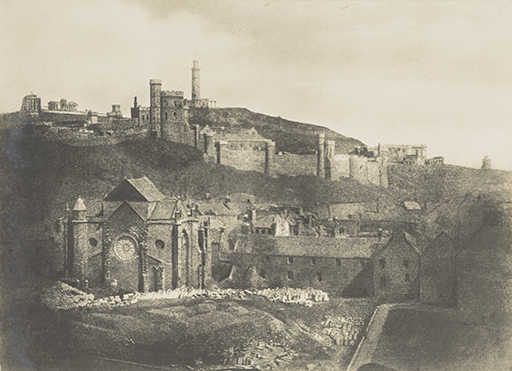 Trinity College Chapel and Hospital with Carlton Hill in the background

An important factor in all of their work, and perhaps somewhat in the background but still very important, is the work of Sir Walter Scott who at that time was one of the best selling novelists in all of Europe. People were learning about Scotland through Scott’s literature and that evoking of imagery happening through his works was somehow able to be interpreted and illustrated through Hill & Adamson’s photographs. That was through the landscape itself, through the fisherfolk of Newhaven, and through the direct recreation of particular moments from particular stories.

So you have John Henning as Edie Ochiltree complete with his beggar’s badge that you can see in the photograph. Or you have artists, like William Borthwick Johnstone dressing up as ‘The Monks of Kennaquhair’. You have various stories that are being illustrated and I think in many ways that was the business side of the partnership recognising that there was a market there. Scott’s novels were very popular and based in Edinburgh where he lived for many years, and the monument to this great writer is literally just down the street from Rock House. He was very much a force in their work and a way that they could perhaps capitalise on or exploit that connection and that global interest in his work.

We have photographs that Hill & Adamson took of the Scott monument as it was being built and for those of us that live in Edinburgh the monument gives the feeling that it’s always been there and when you look at these photographs where you see it partially complete, it’s actually quite breathtaking to see it in this unfinished state. And that’s one thing that the partnership was doing, recording the changing face of Edinburgh. Whether it was the Scott monument going up on Princes Street or whether it was the tearing down of buildings to make way to the railway station which would eventually become Waverley Station, this is all documented in their photographs. And it gives us insight into this quite exciting time in Edinburgh’s history, this looking forward and backward happening simultaneously.

Update Required To play audio, be sure to enable JavaScript, and run a browser that supports HTML5 MP3 audio, or update your Flash plugin.
6
8