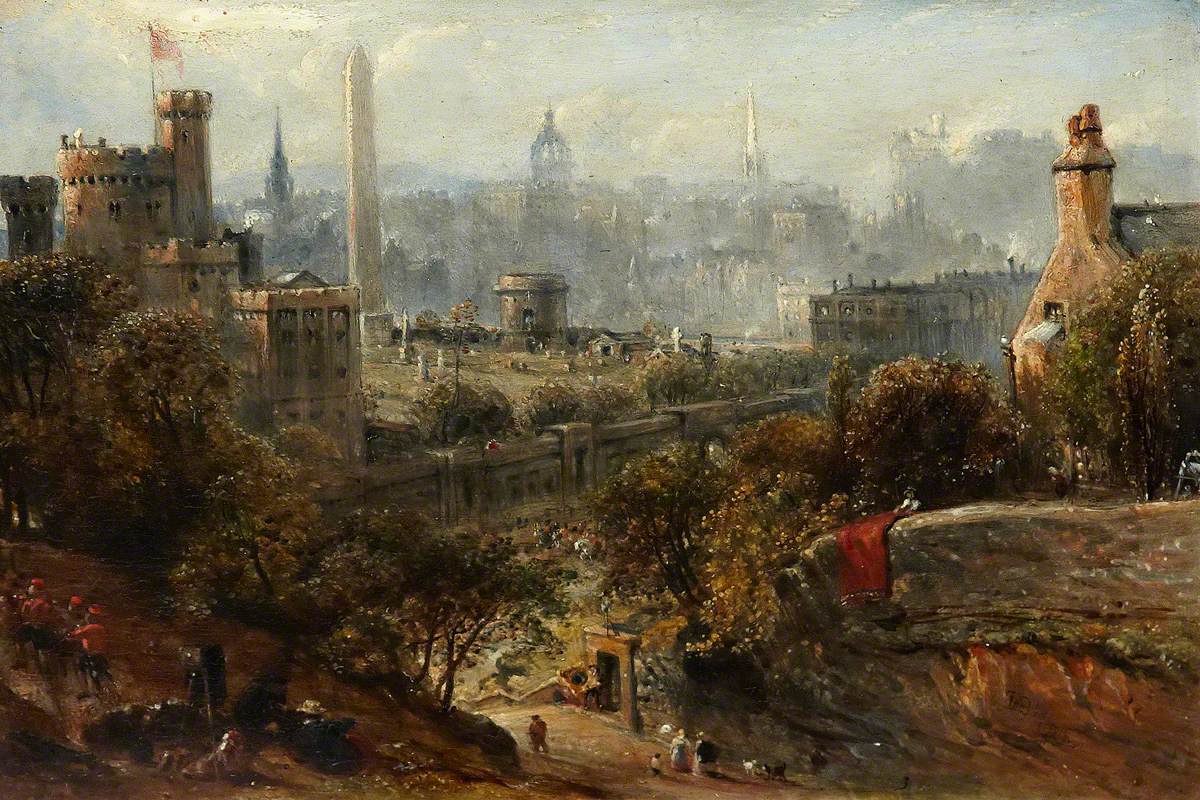 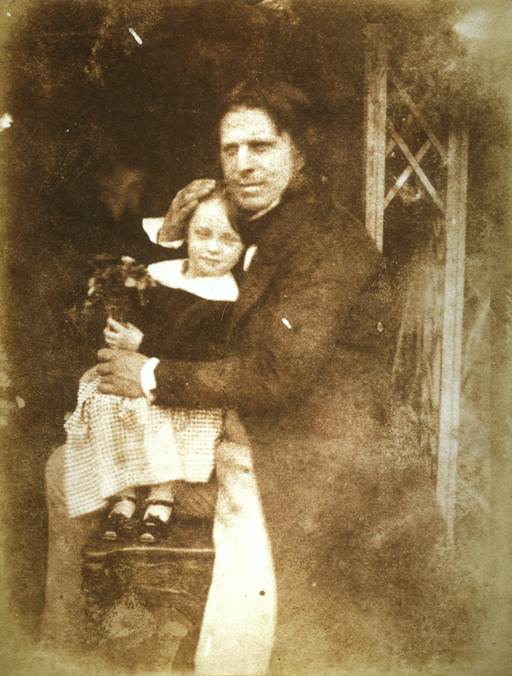 The sad part about the partnership is that it came to an end quite abruptly with Adamson’s death in January 1848. This not only ended the partnership but of course it was also the end of the friendship.

The two men had been living together at Rock House and even with their differences in age and experience there was still a great compatibility there, as there had to be in order to do the work they were doing. Hill writing about Adamson’s death at that time is really quite heartbreaking. He really has lost his dear friend.

Hill’s painting in 1862 called ‘In Memoriam Calton Hill’ is a very poignant account of his time living at Rock House. The painting came about because of the death of his daughter. He wanted to record her passing and the painting was intended for her husband. It shows Rock House with the view out to the cemetery and the Old Town, and shows part of Calton Hill. So it’s very much a depiction of what it was like at that moment in time.

We find on the hillside opposite the house Adamson’s camera, but no Adamson. There appears to be a large canvas either coming in or going out of the gate of Rock House. There’s an easel set up in the garden at the back. So there’s a sense of a creative output that is happening but it’s also looking back at a time not only when Adamson was alive but also when Charlotte was a young girl and would have been living in the house as her family home. So it’s actually quite sad and quite touching that he’s looking back on these happier times, one might assume, and choosing to paint it in this way.

Update Required To play audio, be sure to enable JavaScript, and run a browser that supports HTML5 MP3 audio, or update your Flash plugin.
15
Credits