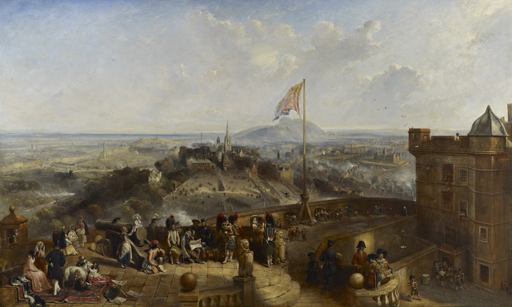 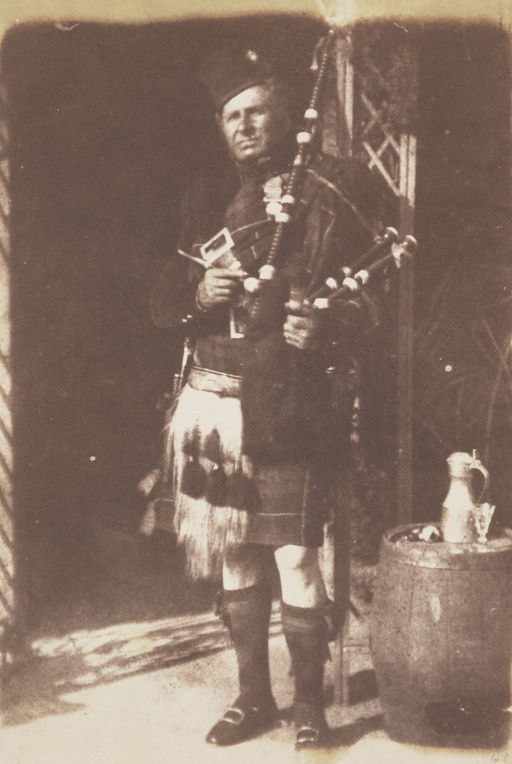 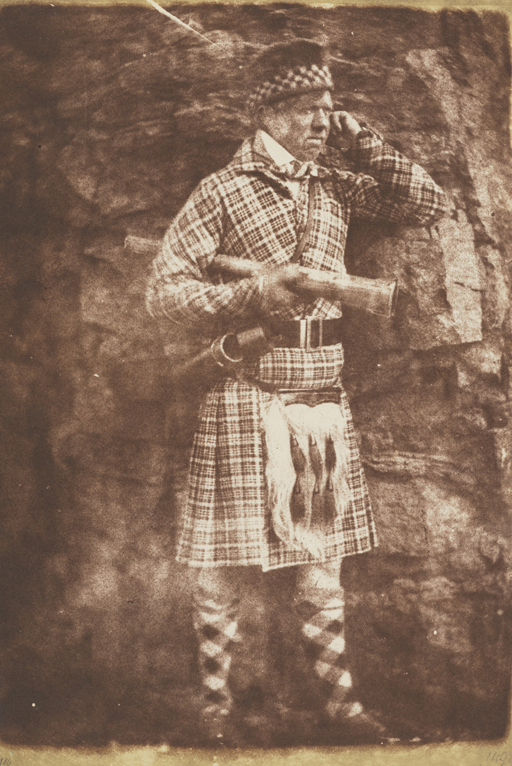 Mr Finlay, deerstalker in the employ of Campbell of Islay 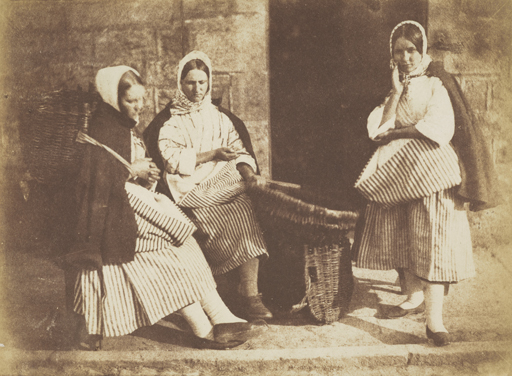 Hill’s painting titled Edinburgh Old and New is just that; showing us the Old Town on the right and the New Town on the left, but from the vantage point of Edinburgh Castle. Once again he’s brought photographs into his practice and there are a number of images in the gallery, round about the painting, that relate to this particular work. Obviously the 92nd Highlanders that were stationed at the Castle feature quite prominently in the painting, but also there are other tartan clad figures. There’s John Ban MacKenzie who was a piper to the Highland Society and the Marquis of Breadalbane. Along with Finlay the deerstalker who was a stalker for the Campbell family on the island of Islay. It’s interesting that they should appear in this painting. Really they are tartan characters that Hill has dropped into the painting to give a flavour, this sense of it being rooted in Edinburgh.

This painting was made on the occasion of Queen Victoria’s birthday and Queen Victoria wanted John Ban MacKenzie to be her own personal piper and he actually refused and said that he wanted to stick with his role as the piper for Marquis of Breadalbane and the Highland Society and then he became known as the man who said ‘no’ to the Queen. So he was a character that had this connection to Queen Victoria and one that was also related back to the photographs that Hill & Adamson had made.

There’s also the Newhaven fisherwives who very often appear in Hill & Adamson’s photographs. Here we get to see them in colour with their yellow skirts and their blue capes and their pink rose tops. We really get a sense of the colourful characters that they were. But again these were characters that Queen Victoria had singled out for their beauty, for their dress. So there are certain elements of the painting that not only refer back to the photographs that Hill & Adamson had made, but are specifically intended towards this relationship with Queen Victoria.

If you look to the foreground on the left you will actually see space in front of the Royal Scottish Academy and that clearing is the site for the National Gallery of Scotland that would later be built. So there is a sense of the past and the future and we can see the Scott Monument peaking up, it’s lofty spires punctuating the skyline, and even the monuments on Calton Hill make an appearance. All of this is countered on the right with Heriot’s Hospital and the Old Town so it’s really this view of what Edinburgh was like, a very dynamic moment in the 1840s.

Update Required To play audio, be sure to enable JavaScript, and run a browser that supports HTML5 MP3 audio, or update your Flash plugin.
10
12