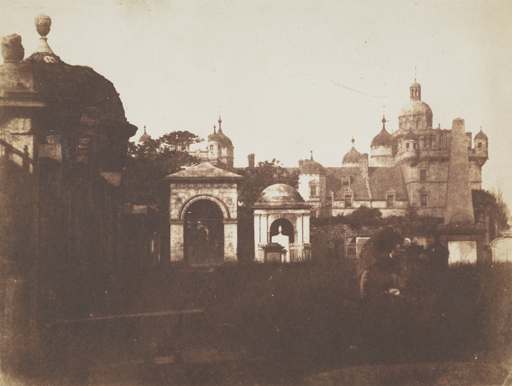 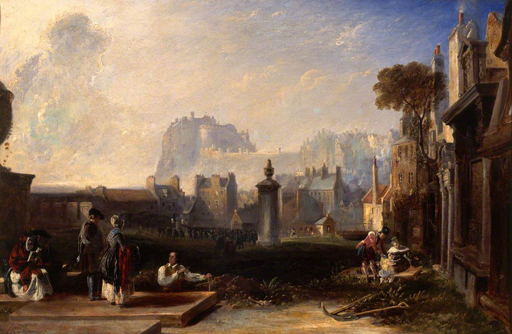 Hill and Adamson made many photographs in Greyfriars cemetery. The cemetery itself dates from the 16th century and actually contains the tombs of many of the Covenanters that were involved in the Scottish Reformation.

If you look closely at this particular photograph, you see shadowy figures in the foreground, bent over a camera. It is quite possible that these figures are Hill & Adamson themselves, working with the camera. However, if that’s Hill & Adamson that we’re looking at, then who made this photograph?

Well the answer may be their trusty assistant, Miss Jessie Mann. We don’t know too much about Miss Mann, but we do know that she was highly regarded by both Hill and some of the sitters who sat for them. Certainly having an able assistant would explain the sheer volume of prints that Hill and Adamson produced in this very short window of time. We still don’t really know though, how much involvement Miss Mann had in the partnership, which in a way comes back to one of the challenges about Hill & Adamson which is that we still have so many unanswered questions. But one thing is for certain though; whatever kind of collaboration there existed, was certainly one that was highly conducive to making these really wonderful photographs.

Update Required To play audio, be sure to enable JavaScript, and run a browser that supports HTML5 MP3 audio, or update your Flash plugin.
9
11